HISPASAT has awarded to Thales Alenia Space the construction of the Amazonas Nexus satellite, which will replace and expand the capacities of Amazonas 2 satellite, in orbit at 61º West. The new High Throughput Satellite (HTS) will enable HISPASAT to access new customers and markets, by delivering high capacity mobility services to the air and maritime transport sectors, among others. In addition, it will continue the provision of services to the current HISPASAT customers that use the capacities of Amazonas 2. As prime contractor, Thales Alenia Space will be responsible for Amazonas Nexus satellite design, production, testing and in-orbit acceptance tests.

Amazonas Nexus features, as main novelty, a new generation Digital Transparent Processor (DTP), a technological breakthrough that is essential to increase the geographical flexibility of the mission to respond to eventual evolutions with respect to the initially envisaged commercial scenario. Thanks to this element, the satellite payload will be digitally processed allowing to assign in-orbit the required capacities at any time, providing the satellite with great resilience to the evolution of the communications market, both in the field of connectivity and data and in the field of contents transmission. The advanced design, HTS capacity and versatility of Amazonas Nexus make it the most efficient satellite in HISPASAT’s fleet.

The new satellite will have coverage over the whole American continent, the Atlantic corridors North and South (air and maritime traffic area) and Greenland, and will enable the provision of leading-edge telecommunication services in Ku-band. Amazonas Nexus marks the start of a new generation of satellites in HISPASAT’s fleet with an innovative architecture that also features Ka-band capacity to optimize communications between the gateways and the satellite, allowing to multiply the total on-board capacity available for commercial use, thus improving to a great extent the capacity unitary cost with respect to conventional satellites.

Based on the Spacebus NEO platform from Thales Alenia Space, the satellite will feature full electric propulsion, making the satellite lighter and contributing to lower the launch cost. With an estimated lifetime of 15 years, 20 kW satellite power and a mass of 4.5 metric tons at launch, Amazonas Nexus will be launched mid-2022. Amazonas Nexus is the 3rd satellite ordered by HISPASAT to Thales Alenia Space, after HISPASAT 1C & 1D, the 7th satellite based on Spacebus NEO platform and the 5th embarking a digital transparent processor of 5th generation.

With its coverage over the Atlantic and its high capacity, Amazonas Nexus will reinforce HISPASAT positioning in the air and maritime markets, two growing segments. Its capacities make it also especially well-suited to contribute to cope with the digital divide in Latin America, allowing governments and telecom operators to deploy networks and services in regions with low penetration of terrestrial infrastructures. 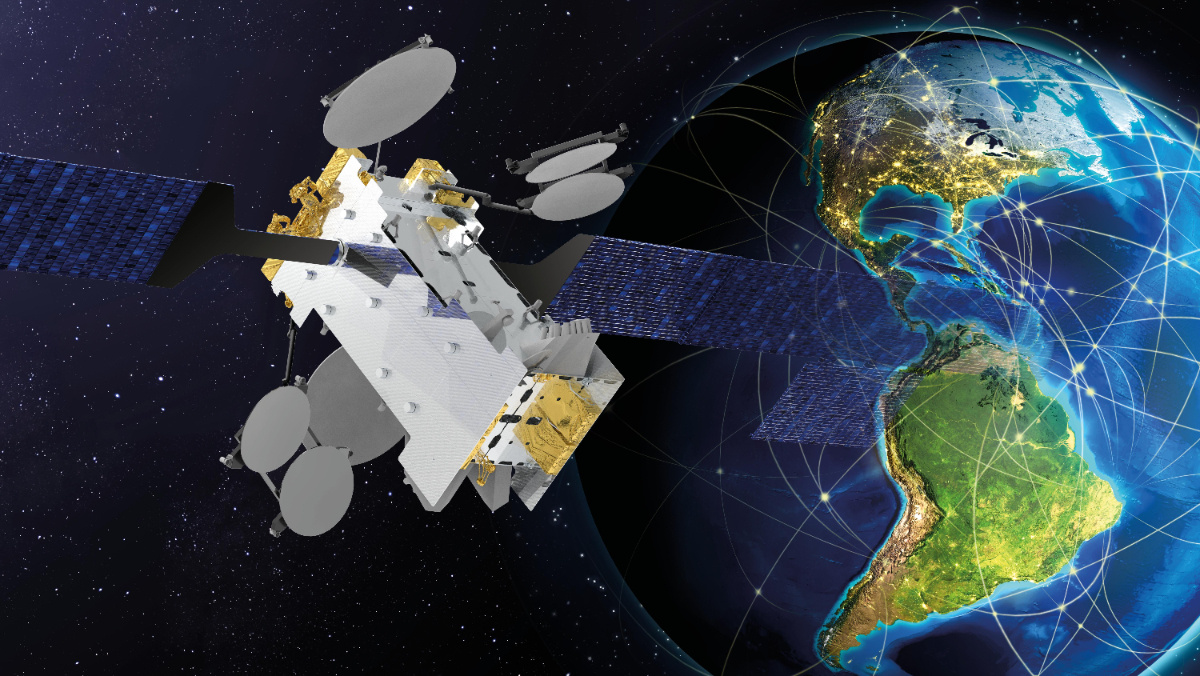 The participation of the Spanish industry in Amazonas Nexus is expected to be of outmost relevance by embarking several equipment manufactured by Spanish companies, as it has been the case in the satellites of HISPASAT’s fleet. The operator maintains its commitment as a tractor for the Spanish aerospace industry, having enabled its access to international telecommunication satellites markets. In this context, it is worth noting that over 1,000 million Euros of investment have been committed by international satellite manufacturers in Spain, due to the program of industrial return put in place by HISPASAT since its foundation.