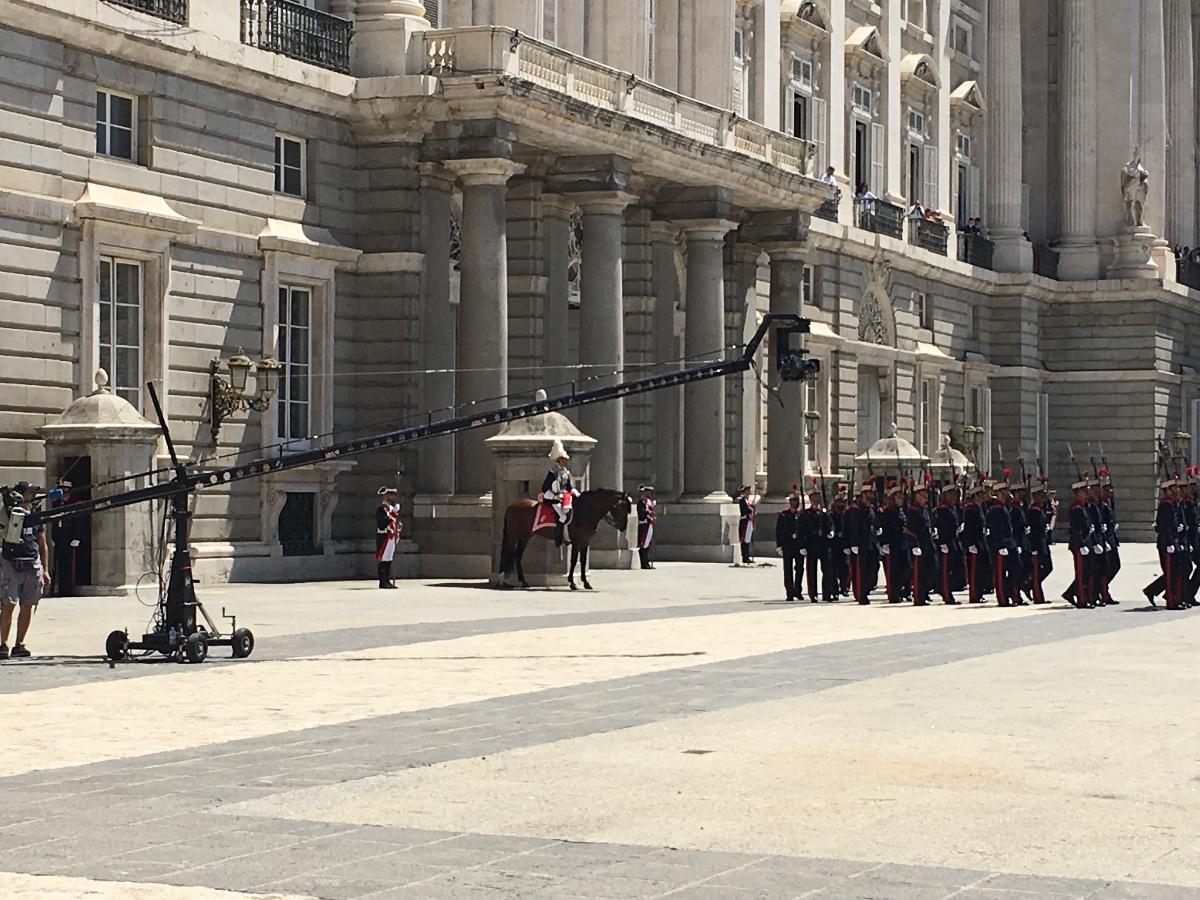 A team of 40 people, including TVE technicians and experts from the companies participating in this experimental broadcast, were busy working on 5 July at the Royal Palace in Madrid in order to provide a perfect program with maximum image quality, guaranteed by the most advanced Ultra High Definition technology. Four advanced optics cameras (two fixed cameras, one steadycam and one camera mounted on a crane) were located at the four corners of the Plaza de la Armería to record the event as it developed: for almost an hour, the Royal Guard were going to be featured in the Solemn Ceremony of the Changing of the Guard held the first Wednesday of every month (except in January, August and September) commemorating the daily changing of the guard that took place in the times of King Alfonso XIII. Over 400 mounted and foot soldiers participated in the event together with artillery and period uniforms.

4K technology increases image resolution fourfold and HDR (High Dynamic Range) encoding provides greater definition of colours and the contrasts between light and shaded areas. The Solemn Changing of the Guard took place at noon, a time of day when light falls mercilessly on the esplanade of the square and cameras are subjected to great light stress. The differences between HD technology and the 4K HDR format were evident in the TVE mobile unit monitors. HD technology showed flat colours and the shaded areas were black, lacking nuances, while 4K monitors perceived a much wider range of colours and the light and shaded areas were more nuanced.

This live pioneering broadcast at a national level using 4K HDR technology enjoyed the collaboration of companies such as Ateme, Loewe, LG, Dolby, Cellnex, Albala, Abacanto, Grass Valley, Crosspoint, EVS, Moncada y Lorenzo, Canon and Huri who have provided cameras, optics, coding and sound systems, monitors and television screens. Hispasat carried out the contribution service enabling the broadcast of a signal output from each camera at 12 gigabits per second, which had to be compressed up to 30 Mbps and synchronized with the audio.

Before this broadcast, a first test was carried out globally last May by broadcasting the Roland Garros tennis tournament in 4K HDR. The Solemn Changing of the Guard was viewed on the 4K channel, currently being tested by TVE, available in Madrid (channel 32), Barcelona (channel 43) and Sevilla (channel 36). 4K HDR television sets were required to follow the event.