Amazonas 5 is ready to be sent to the launch site 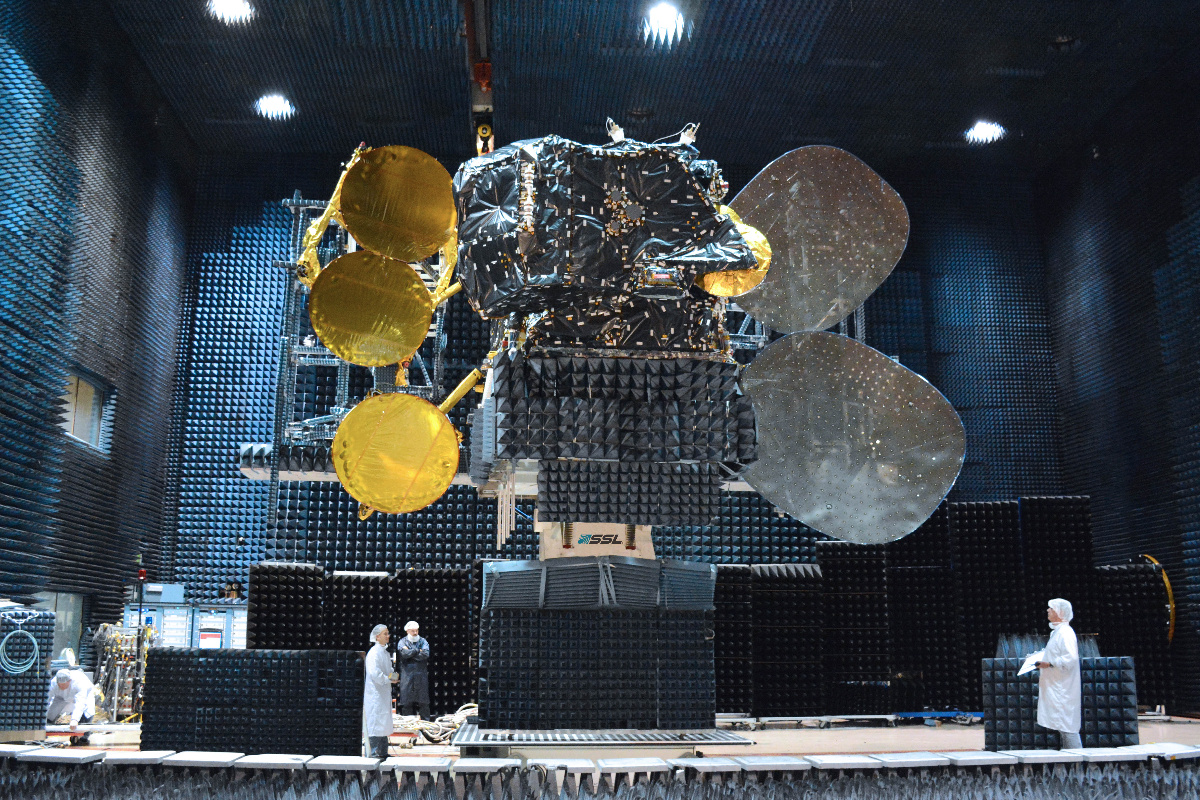 Upon completing complex testing at Palo Alto, the Amazonas 5 satellite is now ready for the final preparations prior to being sent to the launch site. As in all satellites of the fleet, comprehensive checking of the performance of all subsystems has been carried out, both in thermo-vacuum and in the environment, confirming the performance of the antennas and the repeater in integrated tests carried out in the Compact Range (CATR).

The Amazonas 5 was also subject of a mechanical test campaign in order to confirm its qualification in line with the requirements established by the different launchers with whom compatibility is required. A detail that differentiates the Amazonas 5 from other SSL satellites to date lies in the fact that Amazonas 5 carries electric propulsion for the On-Station phase. This is why the Xenon gas charge has already been smoothly completed and it will be used to perform orbital correction manoeuvres during the lifespan of the satellite.