The activities of the second edition of this competition for short films shot and post-produced in Ultra High Definition took place in the city of San Sebastián within the framework of its renowned film festival. 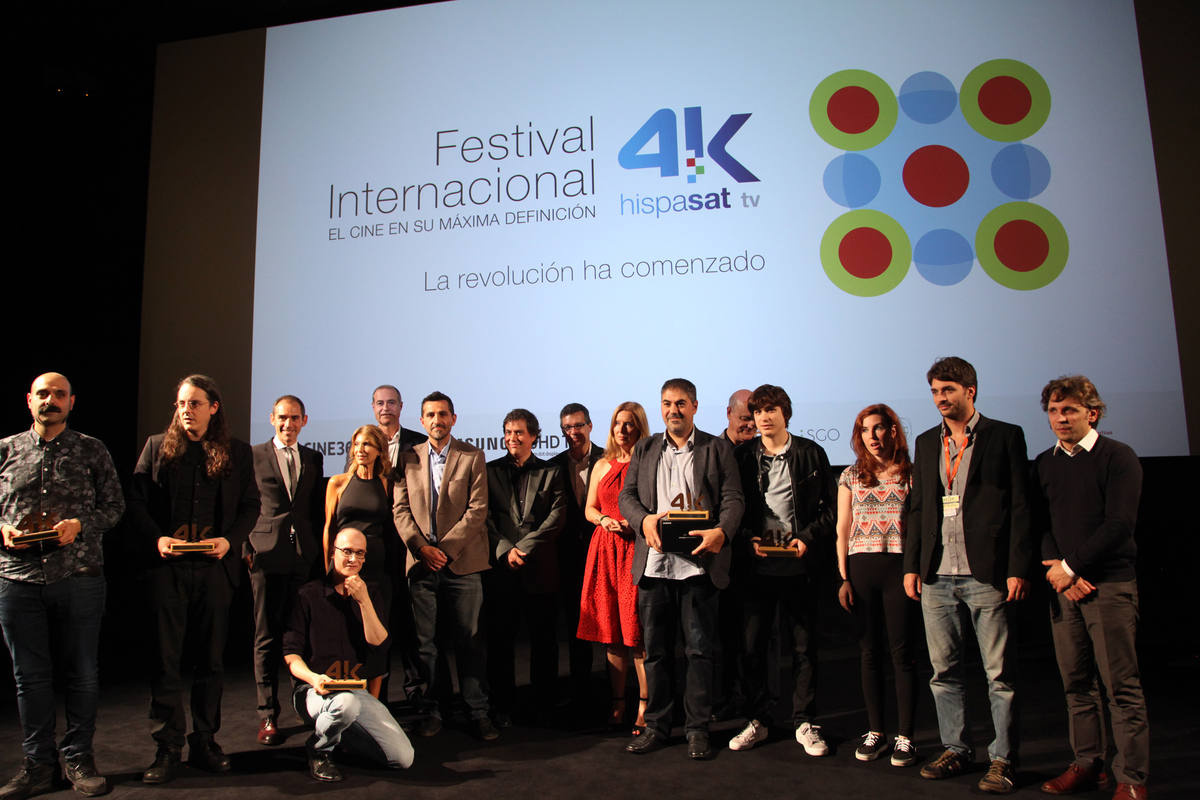 Group photo of the winners and sponsors of the second edition of the HISPASAT 4K International Festival.

The second edition of the HISPASAT 4K International Festival, which moved its activities to San Sebastián this year, ended on 21 September. As a sponsor of the San Sebastian International Film Festival, the Hispasat 4K Festival press conference and round table discussions will be held in the emblematic Kursaal Congress Centre, the nerve centre of all the Festival’s events. At the press conference, which took place on the morning of 19 September, the Business Director at HISPASAT, Ignacio Sanchis, revealed the titles of the finalists of this edition and the main participation figures: He stated that “a total of 101 short films from 14 different countries - Spain, Brazil, Colombia, Japan, Canada, Italy, the United States, New Zealand, Argentina, Chile, Czech Republic, Ireland, Luxembourg and Belgium - were submitted to the second edition of this pioneering competition, nearly 40% more than in 2015”. Likewise, Sanchis noted that “being at the leading film event in Spain is a great honour for us and shows that 4K technology has emerged from the technological field to join audiovisual creation for good”.

At the press conference, Ignacio Sanchis was accompanied by the director of the San Sebastián Festival, José Luis Rebordinos; the director and jury member Paula Ortiz; and the Cine365 Film producer and festival sponsor Jesús Ulled. Rebordinos announced that, due to demand from the sector, the Festival was already implementing 4K in cinemas for the competition, whilst Paula Ortiz stated that “if at the time digital technology enabled new generations of filmmakers to access film, 4K now enables film to be made from a complete artistic, ethical and aesthetic experience”. Meanwhile, Ulled announced that his latest production, “Maus”, was being shot in 4K and would also be post-produced in this format. 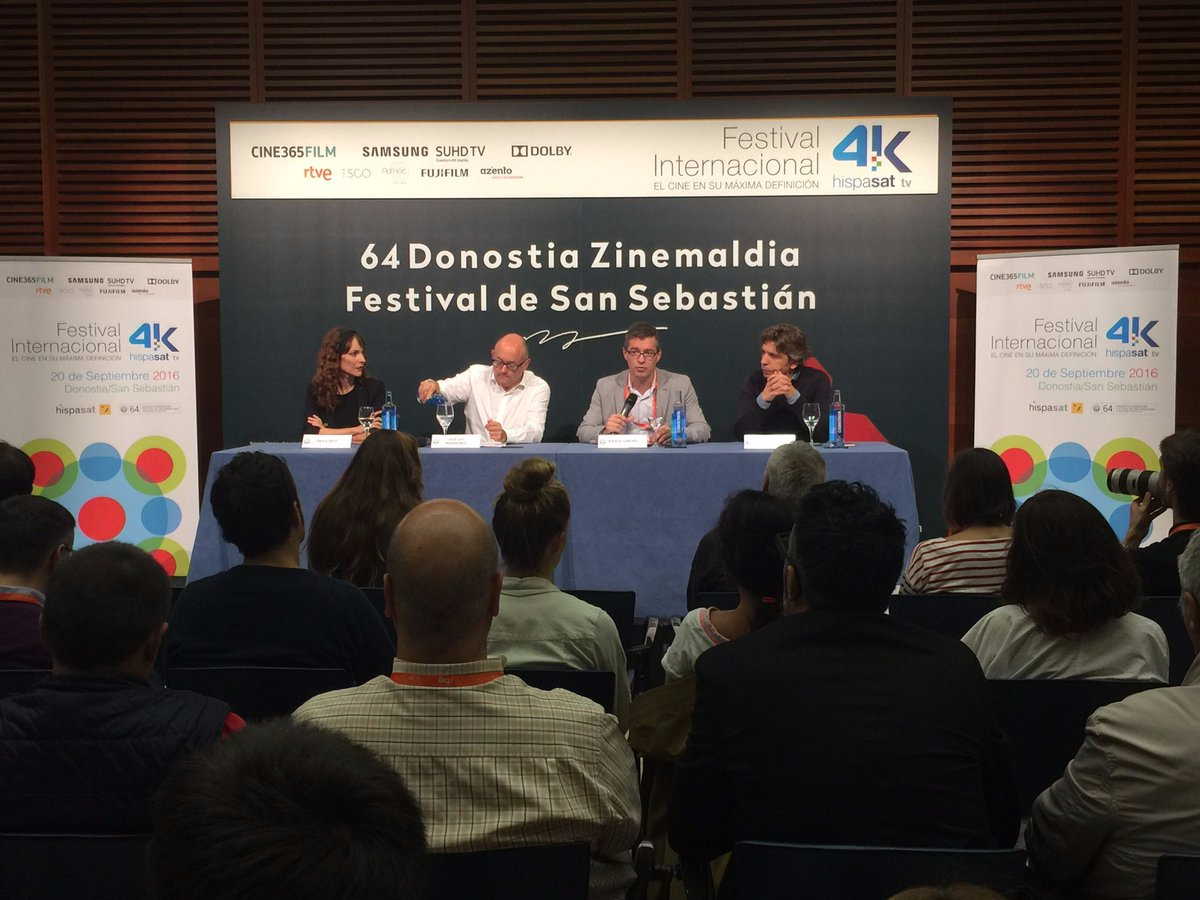 The Festival’s two round table discussions took place the following morning presented under the title “Cinema and technology. The challenges of shooting in 4K format”. The first discussion focused on the area of shooting and post-production of content in 4K.

The producer and distributor of Wanda Visión, José María Morales opened the discussion stating that the majority of cinemas in Spain are equipped with 2K digital projectors, and this means that although films are shot in 4K, the post-production in not carried out in this format. “Another issue is whether the idea is to reach the international market; even Netflix is requesting content in 4K” he said. Salvador Luna, from Fujifilm, agreed with Morales and added that “it is quite possible that the continued experience of 4K will reach Spain through televisions before it reaches cinemas”.

For Miguel Ángel Doncel, from SGO, the key will continue to be the story that is to be told, but if “good image quality and immersive experience is added to a good story, then you will hit the jackpot for attracting the audience. This is not only good for the producer, but also for the entire sector”, he assured.

The director Beatriz Sanchís raised the point that the debate about whether to shoot in 4K or 2K is unnecessary: “What I try to do is create the film that I want with the means available to me. I think that the artistic part can be joined to the technological part”, she explained.

Director of photography, Javier Agirre, meanwhile stated that not only is the resolution important, but there are other, more relevant variables, such as depth of colour or dynamic range. He added “I have shot in 5K but due to the extra cost of post-producing in 4k, the resolution was lowered to 2K and then rescaled again to a false 4K”, and then pointed out other problems related to shooting in Ultra High Definition: “as the director of photography, 4K causes problems with actors’ skin and make up, not with lighting”.

With regards to consumption habits

The next panel focused on the distribution, exhibition and broadcasting of 4K content. For David Hernández from Dolby it is not fair that cinema exhibitors must once again invest in changing from 2K to 4K projection: He acknowledged that “there are 120,000 cinema screens worldwide, which is a marginal number when compared to the number of televisions. It is normal for cinema exhibition in Spain to be lagging behind and even more so if the fact that cinema attendance here is closely linked to ticket prices is taken into account”. 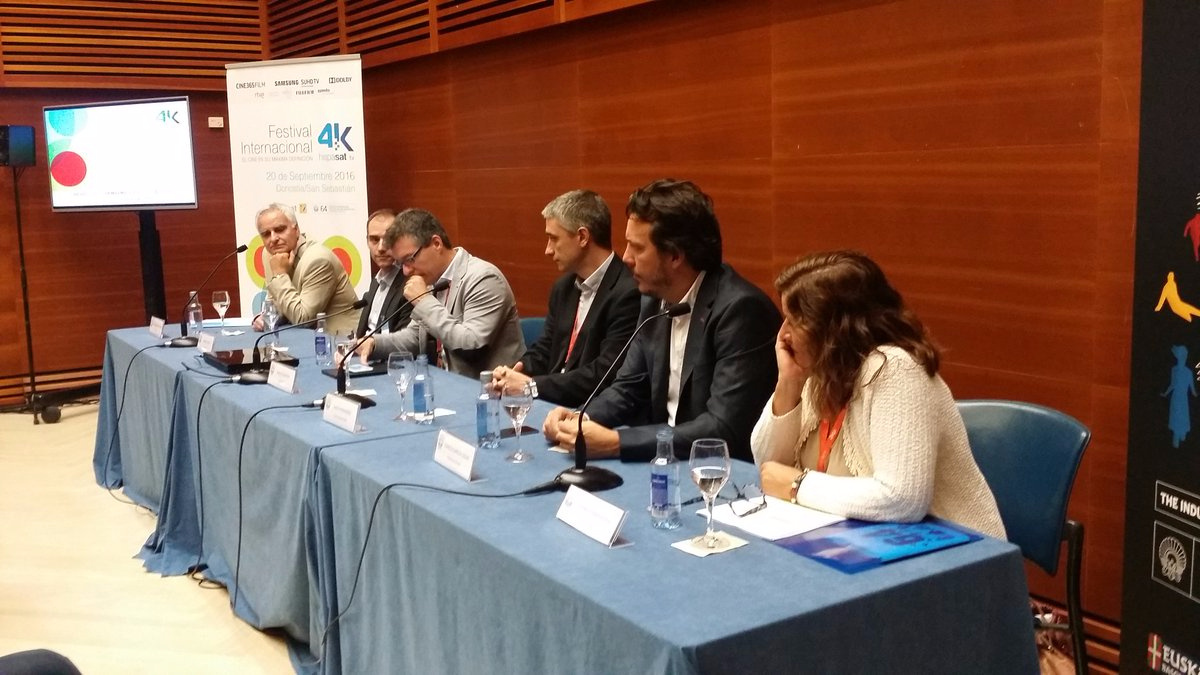 Photo of the round table discussion on distribution, exhibition and broadcasting of 4K content.

Koro Odriozola, from the exhibition company SADE, took over and confirmed that at this time, it is not viable for the sector to start a new digital conversion. “We have just digitised the cinemas in 2K and exhibition companies have fallen along the way. We cannot consider another investment to adopt 4K”, he stated.

Alfredo Pérez, from Samsung Iberia, put himself at the opposite end of the spectrum, that of domestic consumption, to show a different scenario, where “in 2016, 4 out of 10 televisions that Samsung sells have UHD technology”.

Furthermore, Ignacio García-Legaz, director of Vodafone Televisión, is a strong supporter of 4K technology and is thus already focusing his company on it despite the serious lack of content. “We have started to install decoders that support 4K because within a few years it will be mainstream. If we want there to be 4K content we have to move towards a model that covers the production and distribution cost. We can all say that there is no content and save the investment, but if we operate in this way we will pay for it in the future”, he warned.

Lastly, Samuel Martín Mateos stated that RTVE’s intention is to follow the cutting-edge new technologies and explained that the strategy of public television in this regard is to produce documentaries in 4K on nature, art and architecture.

The events of this second edition of the HISPASAT 4K International Festival ended with the awards ceremony, which took place in the Tabakalera International Centre for Contemporary Culture in San Sebastián.

After a presentation by the manager of the Spanish National Radio programme “De Película”, Yolanda Flores, HISPASAT CEO, Carlos Espinós, took to the stage. In his speech, Espinós emphasised the speed at which 4K technology is being implemented and its excellent prospects in the near future. He also highlighted the technological progress that has resulted from High Dynamic Range (HDR), which enables a broader luminance range to be reproduced so as to obtain a higher level of detail, more brightness, greater contrast and more colour, and thus achieve greater realism.

Espinós then summarised some data from recent reports: for example, in 2015, 31 million 4K TVs were sold, and in 2016 this figure will reach 43 million; it is estimated that in 2020 more than 140 million units will be sold, of which 58 million will have HDR technology, and 200 TV channels will be broadcast in UHD, which will reach 800 by 2025 (70% of them being via satellite). In fact, there are already 80 4K channels being broadcast by different operators and television platforms, and over 1200 series and films are available with this technology. As for the Internet, where video traffic in 2020 will be 80% of the total, 4K content distributed through OTT platforms will undergo significant development over the next five years.

Likewise, the CEO emphasised that the image quality is a factor that is increasingly valued by the viewers, to the point where 75% of television content suppliers believe that consumers would be prepared to pay for a 10 to 30% rise in the subscription fee in order to enjoy a 4K service.

The ceremony ended with a screening of all the award-winning short films, as well as the trailer of the documentary “Museo Reina Sofía: sueños, píxeles y ... artistas en torno al arte moderno”, produced in Ultra High Definition by RTVE.