It will be put into orbit by Arianespace’s Soyuz launcher from French Guiana. The launch is scheduled for 2:03 AM Spanish time.

The satellite launch will be broadcast live on the HISPASAT website. 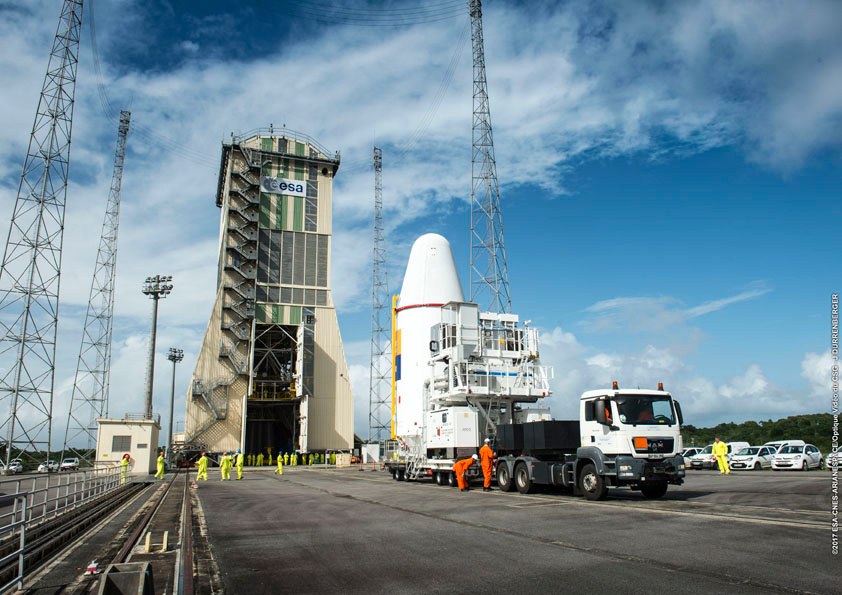 Madrid, 27 January 2017.- Tonight HISPASAT is launching its new communications satellite, HISPASAT 36W-1 (H36W-1), from the European Spaceport located in Kourou, French Guiana. The launch is scheduled for 2:03 AM Spanish time (22:03 PM in Kourou).

The launch vehicle responsible for putting H36W-1 into its transfer orbit will be Arianespace's Soyuz vehicle. From there, the satellite will move towards the geostationary orbit chosen to carry out the tests to make sure it is working properly after the launch, and where it will stay for several weeks. Once the tests have been completed, the satellite will be placed in its final geostationary orbit.

H36W-1 was manufactured by the German company OHB System AG and involved the significant participation of the Spanish aerospace industry.

During its 15 years of useful life and with its 20 transponders on the Ku band and additional capacity on the Ka band, the new HISPASAT satellite will offer a greater range of multimedia services in the Americas and in Europe.

To use space for a better life on earth, Arianespace guarantees access to space transportation services and solutions for any type of satellite, commercial as well as institutional, into any orbit. Since 1980, Arianespace has placed more than 500 satellites into orbit with its three launchers, Ariane, Soyuz and Vega, from French Guiana in South America, and from Baikonur, Kazakhstan (central Asia). Arianespace is headquartered in Evry, France near Paris, and has a facility at the Guiana Space Center in French Guiana, plus local offices in Washington, D.C., Tokyo and Singapore.

OHB System AG is one of the three leading space companies in Europe. It belongs to listed high-tech group OHB SE, where around 2,200 specialists and executives work on key European space programs. With two strong sites in Bremen and Oberpfaffenhofen near Munich and 35 years of experience, OHB System specializes in high-tech solutions for space. These include low-orbiting and geostationary satellites for Earth observation, navigation, telecommunications, science and space exploration as well as systems for human space flight, aerial reconnaissance and process control systems.

TELEVISION NETWORKS: To receive the live launch signal in Europe and in the Americas: