Hispasat 36W-1 satellite arrives at launch base in Kourou

The new HISPASAT satellite has passed all of the tests conducted during the construction process and is now at the Guiana Space Centre.

Hispasat 36W-1, with a useful lifetime of 15 years, will provide multimedia services and coverage for the Americas and Europe, including the Canary Islands.

Madrid, 1 December 2016. The Hispasat 36W-1 (H36W-1) has been successfully transferred to Europe’s Spaceport situated in Kourou, French Guiana. It was transferred after passing all of the functional and environmental tests and after its manufacturing process was completed at the IABG facilities in Ottobrunn (Germany). At the launch base, the last series of tests will be run to ensure that the satellite is working properly after its transfer on board an Antonov aircraft, and it will then be integrated into the Soyuz launch vehicle, its launch scheduled for January of the coming year.

The H36W-1 satellite has a launch mass of more than three tons. It has 20 Ku-band transponders and additional capacity for up to 3 Ka-band transponders, as well as incorporating an innovative antenna that actively receives reconfigurable beams which, along with the on-board processor, provides greater flexibility to the satellite. The new satellite, with a useful life of 15 years, will provide multimedia services and coverage for the Americas and Europe, including the Canary Islands. 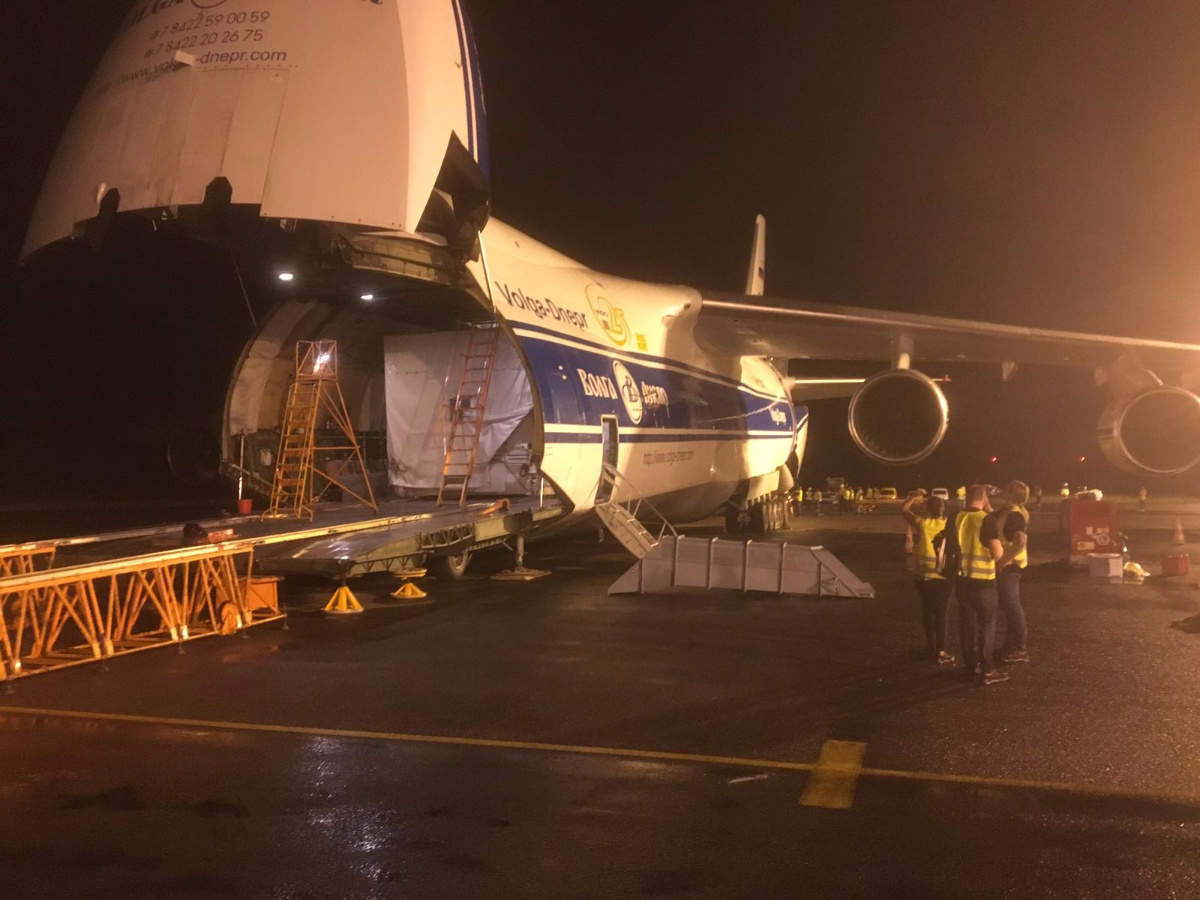