14 short films, shot and post-produced in 4K format, have been selected as finalists in the second edition of the competition.

The six winning films will be announced during the closing ceremony, set to take place on 20 September at 7:30 pm at the TABAKALERA International Centre for Contemporary Culture in San Sebastián. 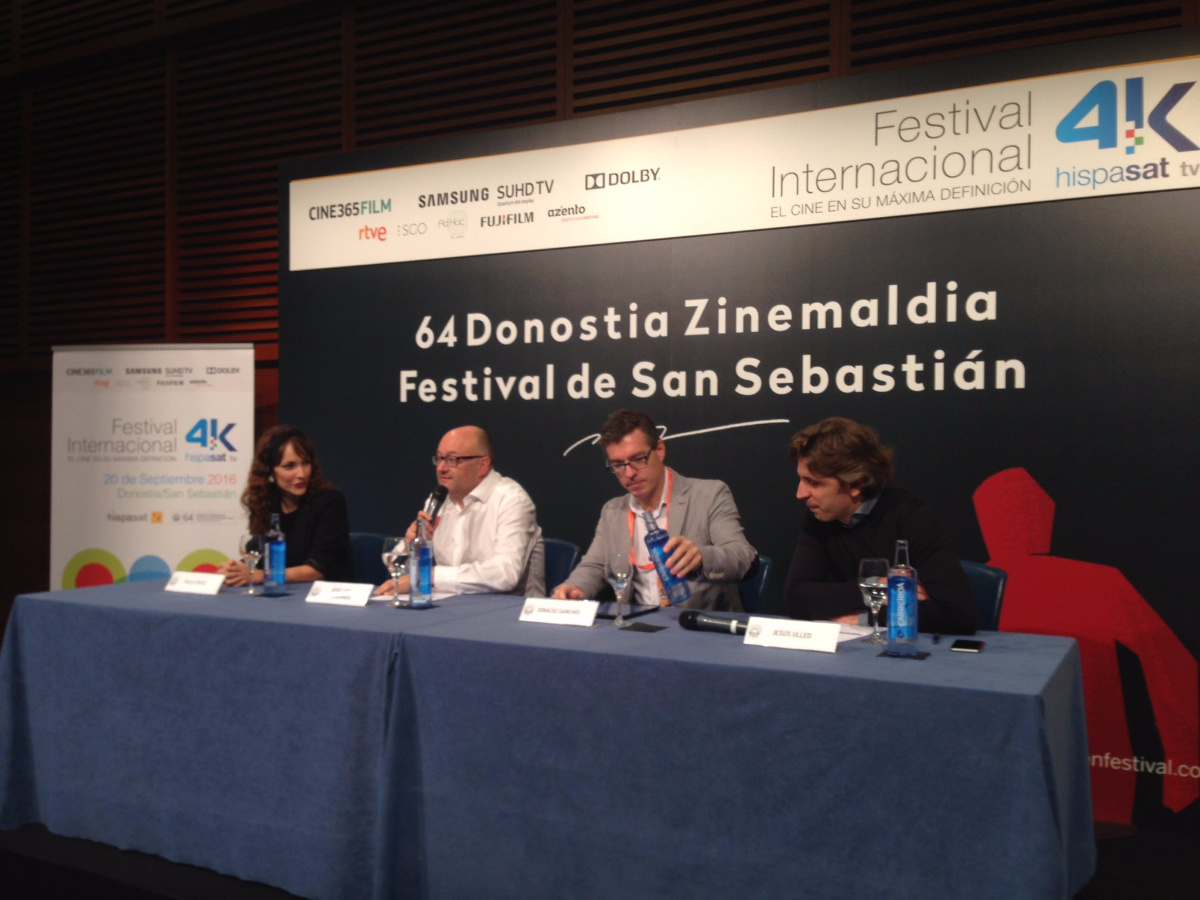 San Sebastián, 19 September 2016 - The finalists of the HISPASAT 4K International Short Film Festival, one of the first contests in the world to exclusively feature short films shot and post-produced in 4K format, were announced at today’s press conference in San Sebastián. The fourteen films that have been selected as finalists are:

A total of 101 short films from 14 different countries were submitted to the second edition of this pioneering contest, nearly 40% more than in 2015. This confirms the progressive increase of content in 4K format and the spread of this technology. The call was open to films of all nationalities shot and post-produced in 4K format as of 1 January 2014, in any genre, with a maximum duration of 25 minutes.

The finalists will compete for the following categories and prizes:

This year, the HISPASAT 4K International Festival has become a sponsor of the San Sebastián Film Festival. The six winning films will be announced during the closing ceremony, which is set to take place tomorrow, 20 September, at 7:30 pm at the TABAKALERA International Centre for Contemporary Culture. During this event, the audience will have the opportunity to see the winning films screened in 4K, as well as a preview of the documentary “Museo Reina Sofía: sueños, píxeles y…artistas en torno al arte moderno”, produced by TVE with this innovative technology that brings out all the detail of the Museum’s works of art. Entry to the event is free, and seating is first-come, first-served.

In addition, the workshop “Cinema and technology. The challenges of shooting in 4K format” will take place on 20 September at 11:00 am in room 9 of Kursaal. In this workshop, representatives from technology companies will debate with those from the world of cinema on the opportunities and challenges offered by this new Ultra High Definition standard for film production.

This second edition of the HISPASAT 4K International Festival includes other new additions. Two new awards have been added: the Cine365 Best Director Award, which grants the winner the opportunity to direct a feature film, produced by Cine365 in 2017, and the Samsung SUHD Jury Prize, which is sponsored by the new range of Samsung SUHD televisions.

The Spanish satellite communications operator and leader in the distribution of content in Spanish and Portuguese, HISPASAT, is organising the international festival with the goal of promoting the creation and screening of audiovisual content recorded in 4K, the latest technological revolution in the audiovisual sector, with the goal of making it available as soon as possible to film and television viewers.

The competition is sponsored by the production house Cine365 Film, Samsung and Dolby Laboratories. Other cutting-edge technology companies in the film production sector such as SGO, Fujifilm and the sound studio Ad Hoc, as well as RTVE, the most innovative TV station in this field of technology in Spain, and graphic communications agency Azento de Diseño, have joined the effort to make this one-of-a-kind festival possible.